There is no single park in my opinion that is more diverse than Olympic National Park, up in Washington State. This oddly shaped park includes a large chunk of land right in the middle of the Olympic Peninsula, and a separate, long narrow portion, stretching along much of Washington’s scenic coastline. Within this park lies tall, snow-capped mountains, dense rainforest, and scenic beaches–all packed with wildlife. 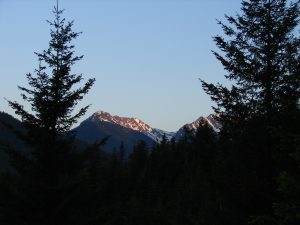 embarked on one of our longest drives ever. We were going to drive all the way from Alabama to Seattle, passing through Glacier and Theodore Roosevelt NPs along the way. We finally landed in Olympic National Park on July 3rd, for our first of two nights there. It was a little late to do much and we had to find a spot to camp for the night. We ended up camping in the National Forest, right outside the park, just at some random spot on the side of one of the dirt roads.  The next morning, our first stop in the park was a scenic overlook on top of a mountain called Hurricane Ridge. Despite the fact that it was now July, there was still lots of snow up there, and we were greeted by several deer.

To celebrate the 4th of July, we decided to head down to 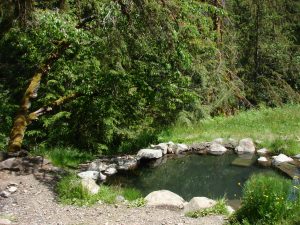 some hot springs. The park map doesn’t show them and the signs at the beginning of the trail advised us to not swim in them. That advice was noted and ignored, as we settled into a nice hot bath. Skinny dipping in hot springs is one of my favorite activities, and it was very cool to be able to do this in such a beautiful location.

After we put our clothes back on, we headed down to the next point of interest: the Hoh Rain Forest. To be clear, this is only 22 miles from Hurricane Ridge, but is a world apart. This is a legit rain forest, and the trail is called the Hall of Mosses trail.

The evening of the 4th of July, 2011 was spent in what is probably my most all-time favorite location I have ever camped–the coastline of Olympic National Park. There was no campground. We had to get a backcountry permit, park at Rialto Beach, and hike our gear about a mile up the beach. This is just outside of the town of Forks, Wash. (which is apparently the setting for the Twilight series of books/movies–I wouldn’t know.) We stopped and camped at a location near a sea arch called Hole-in-the-Wall. 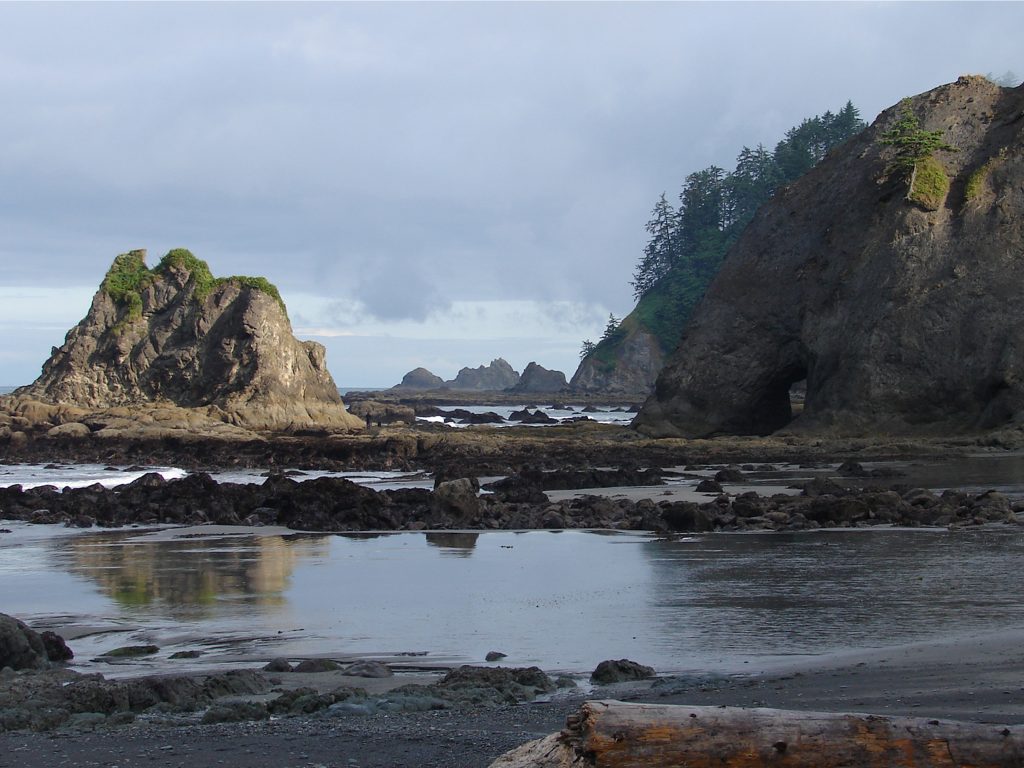 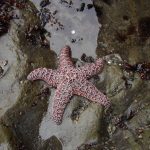 The coastal scenery was indescribably beautiful. When the tide went down, you could see all kinds of colorful sea urchins, sea stars, etc. There were giant trees that washed ashore, and we nestled out tent up among them and slept on the beach, next to the roaring waves of the cold Pacific Ocean for the night. Who needs fireworks anyway? 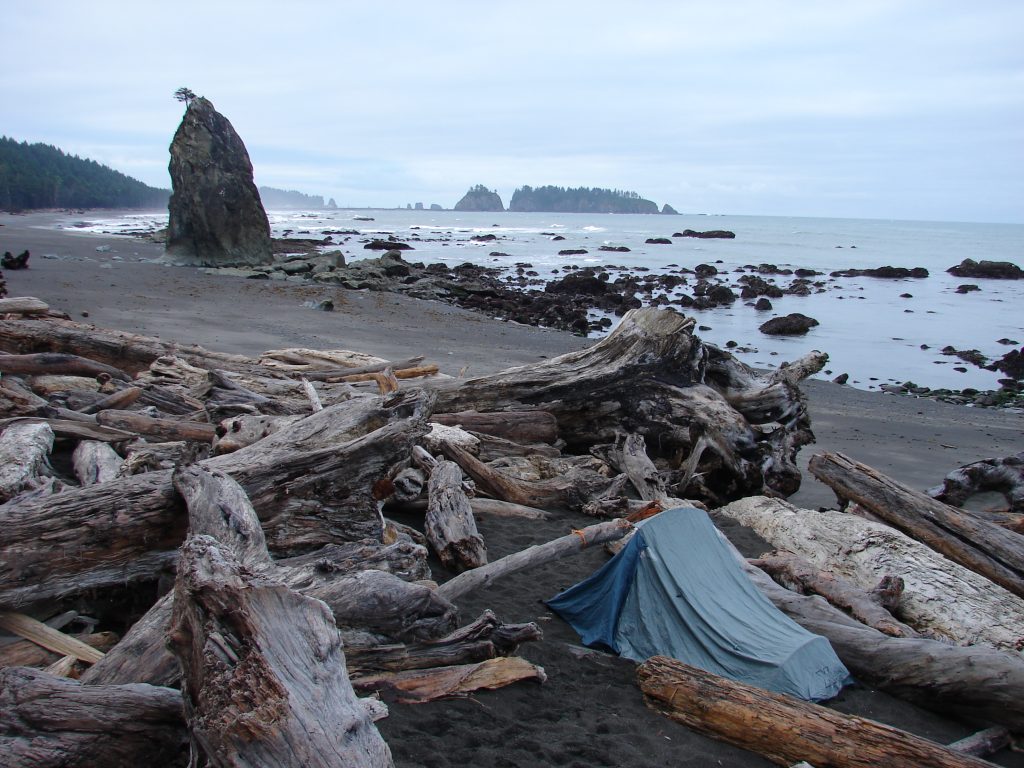 I got up early the next morning and hiked around and went a little farther up the beach, and the scenery only got better.

There were actually quite a lot of folks camping out there, drinking beer and having a good time. It even rained on us, but this 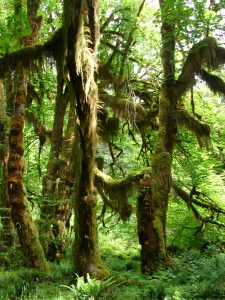 was such a spectacular spot to camp, I couldn’t have been happier. We finished our visit to Olympic at the other rainforest: the Quinault Rain Forest. This wasn’t as impressive, but was worth the short stop. After that, we headed south (into Oregon) to where Lewis and Clark spent the winter after they had finished their journey across the country. Oh, the Joy!